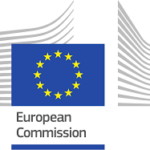 Picum MT has successfully completed its project “Future Automatic Mobile Machining” funded by the European SME innovation Associate (H2020-INNOSUP-2018-2020 -European SME innovation Associate – pilot). At the beginning of the project, Picum’s mobile machining platform had no awareness of its surroundings other than the machined area. However, the control system needs data of its surroundings for autonomous positioning to avoid collisions. Hence, we designed a system with different sensors containing among other cameras and LIDAR scanners. We implemented this system first in a scaled down prototype, which we developed especially for the FAMM project. Its mechanical function and electronics and are very similar to the mobile machining platform and the control system is the same. This way, we ensure a smooth transition of the autonomous positioning system from the prototype to the mobile machining platform. The use of a scaled down prototype is essential to ensure safety during testing of the system. The core project consisted of the implementation of the new sensors into the control system, the development of the autonomous positioning algorithm and extensive testing of the system.
The autonomous positioning system is now at the end of the project working in the prototype. The next step is its transfer to the commercially operating machines. Afterwards, we will present and market this new function to our customers.